Appropriate anniversary gift giving for the first, fifth, tenth, fifteenth, twentieth, twenty-fifth and fiftieth years of marriage. Gifts in the early years of marriage were small remembrances, or tokens, such as paper (1st), wood (5th), and tin (10th). In later years of matrimony, gifts gained value, including crystal (15th), china (20th), silver (25th) and gold (50th). The light-hearted nature of early anniversary gift giving, saying “the paper, wooden and tin presents are seldom anything but jokes but, still mean something to many people. Crystal is the earliest that is likely to be taken seriously by the gift-bearers.” 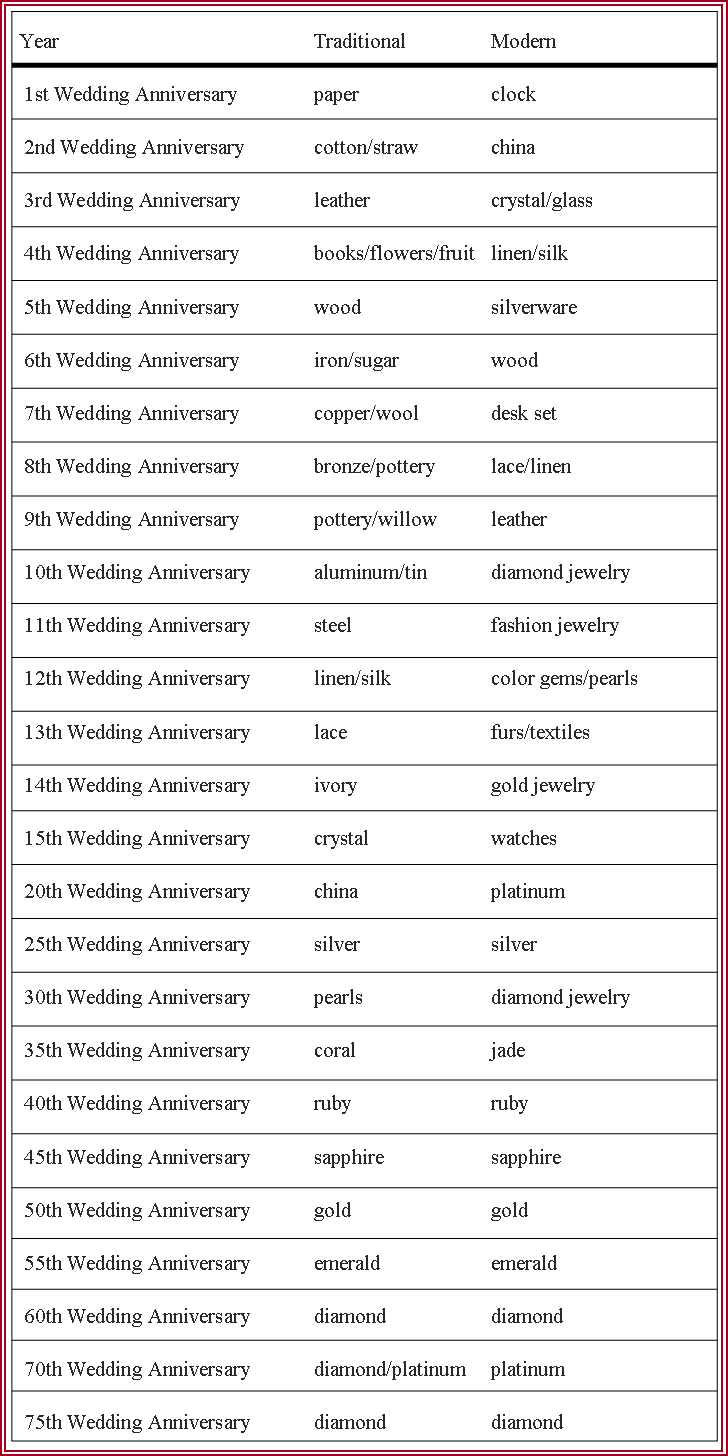 Traditionally, a birthstone is associated with each month of the year. For example, the birthstone for January is a garnet, while lucky babies born in April get a diamond as their birthstone.

The origin of birthstones is believed to date back to the breastplate of Aaron which contained twelve gemstones representing the twelve tribes of Israel. The current list dates back to 1912 with only one addition since then – the tanzanite was added to December.

There are numerous legends and myths about birthstone healing powers and their therapeutic influence. According to these legends, wearing a gemstone during its assigned month heightened its healing powers. For the full effect, individuals needed to own all twelve and alternate them monthly. 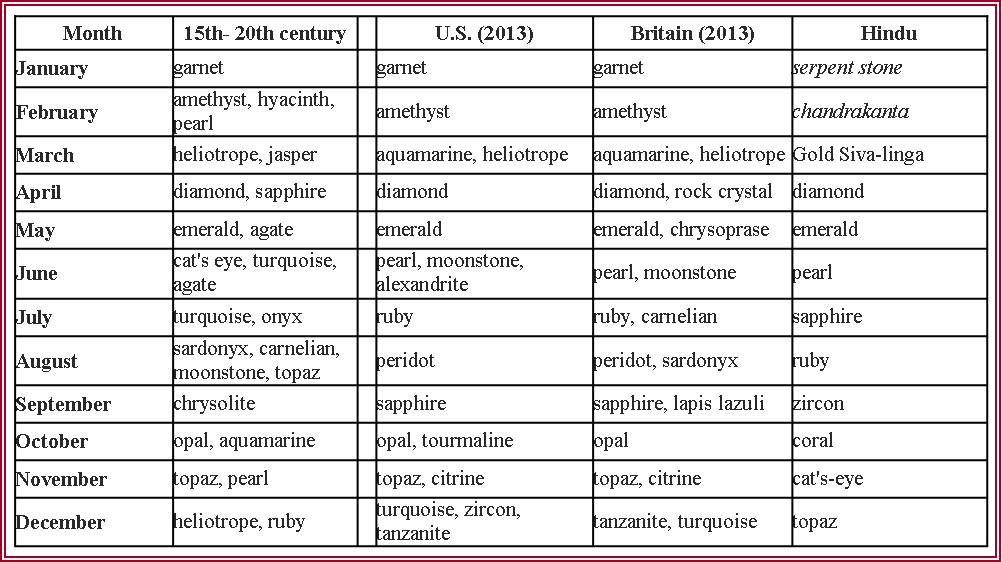 Gems of the zodiac 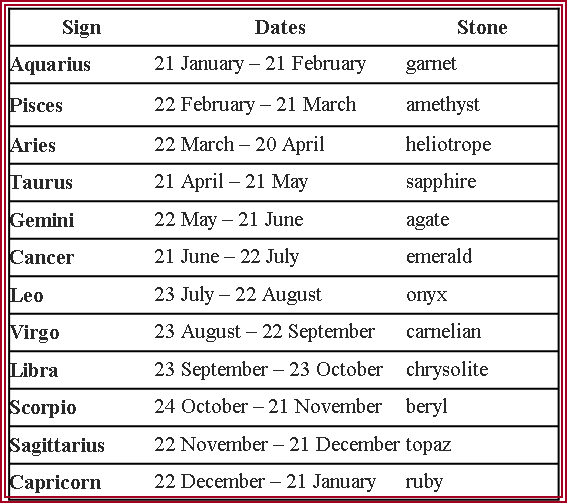