Mokume is a metalworking technique that originated in Japan in the 1700s. The words translate to “wood eye metal,” which accurately describes the topographical patterns that appear when metals are twisted and forged using this process. Though the technique was initially developed for use in sword making, jewellery and hollow ware are the most common modern commercial applications of this method.

A Japanese craftsman is credited with the invention of Mokume Gane for embellishing samurai weapons and hilts. The process was only used in sword making until the 19th century. Changes in Japan’s political and social structure in the late 1800s saw the collapse of the caste system dominated by the samurai warriors.

They were no longer allowed to carry their katana (sword) in public so demand for these arms decreased. Metalsmiths then began transferring their skills to create more artistic products.

Today Mokume Gane jewellery, flatware, hollow ware and art objects are created by layering precious and semi-precious metals such as gold, platinum, palladium, sterling silver and copper. The layers are bonded and deformed by rolling, forging, and twisting. A combination of punches, chiseling, and carving and surface abrasion exposes the beauty of the work:

Interesting & unique with an organic appeal.

Items made using this technique are custom hand made & the costs are similar to other hand made Items.

The pictures represent  a few of the possibilities

most mokume is custom made to order.    click here for items in stock 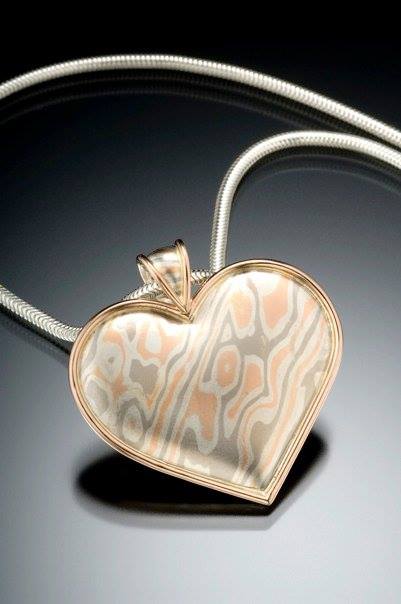 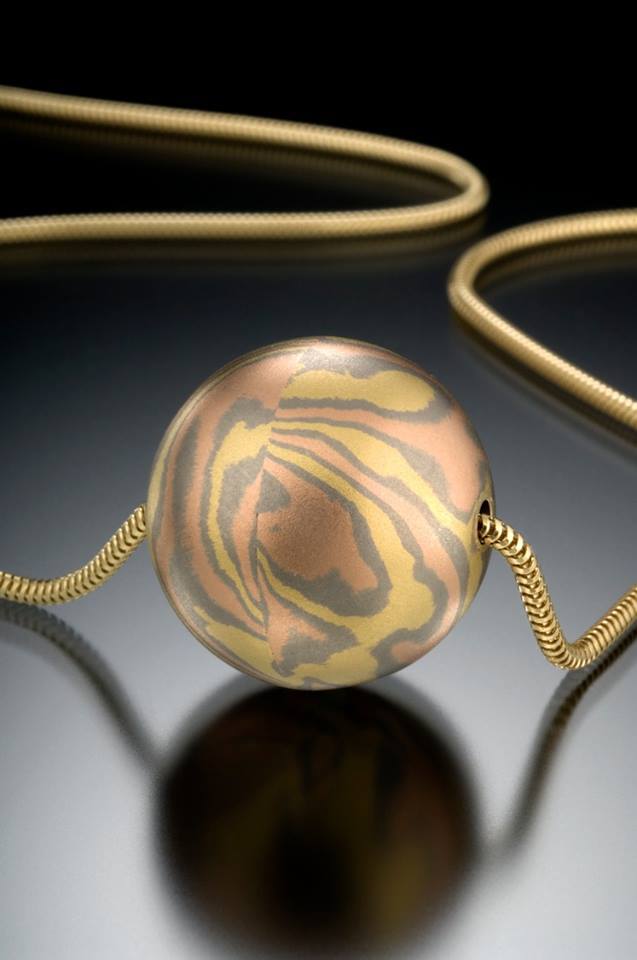 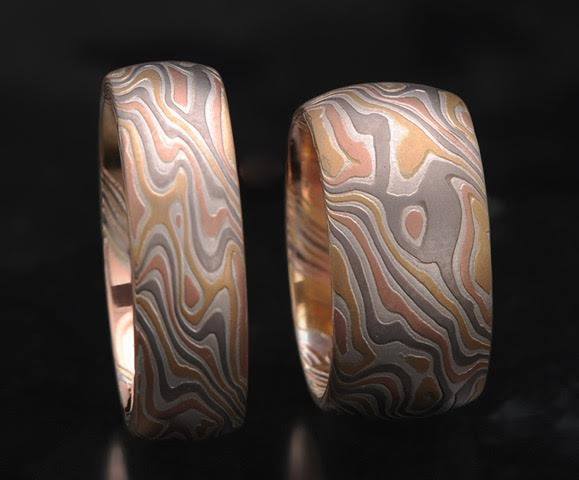 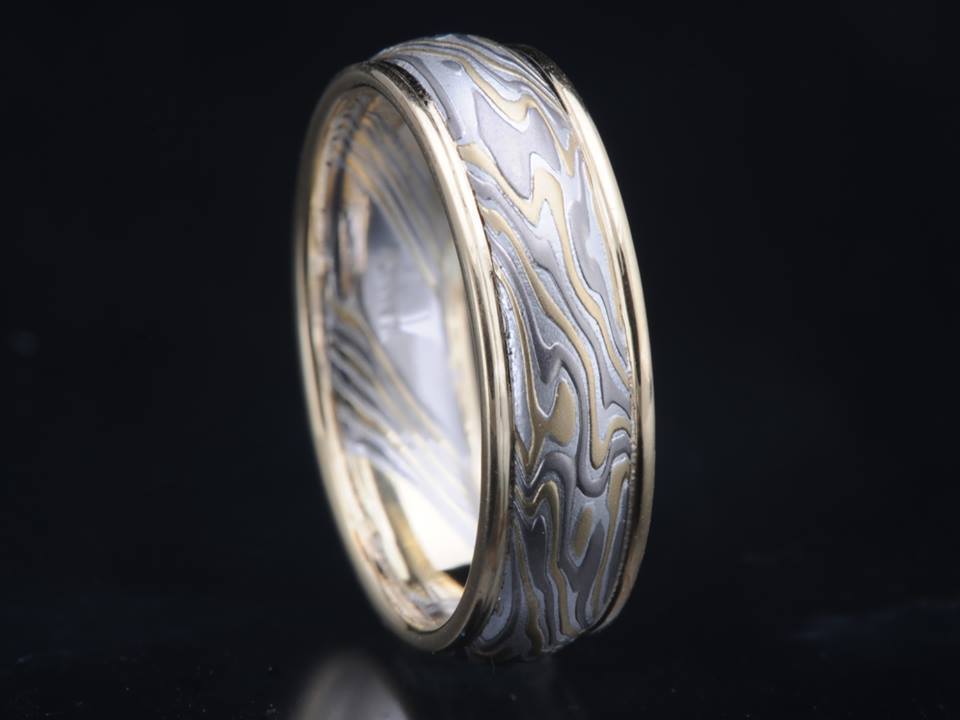 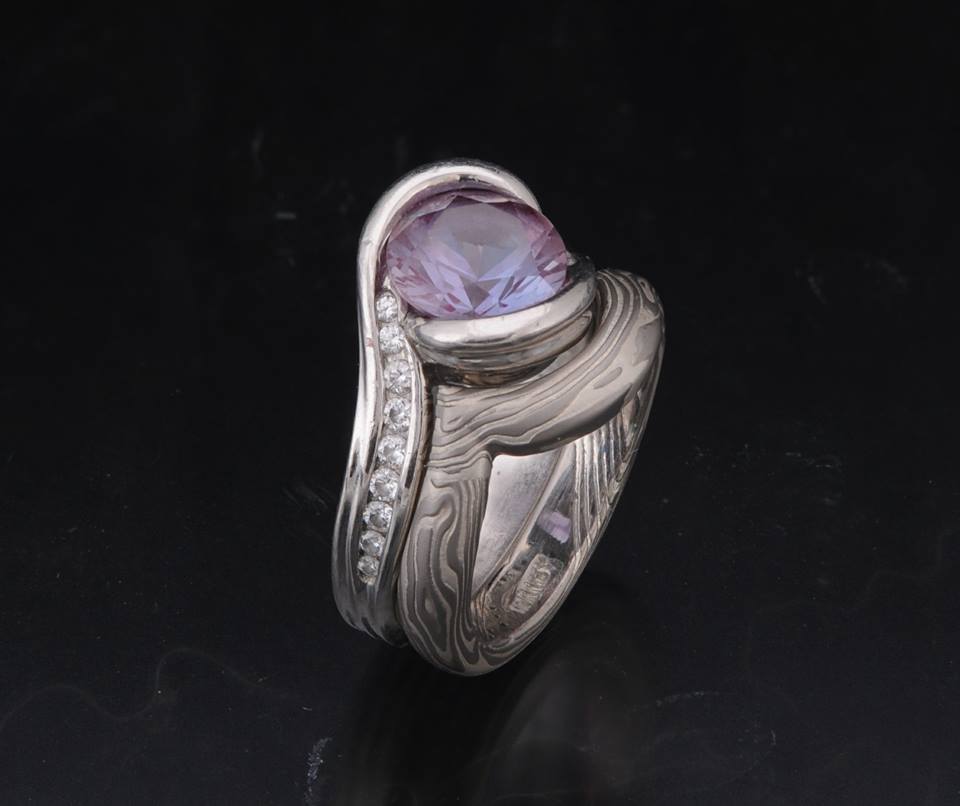 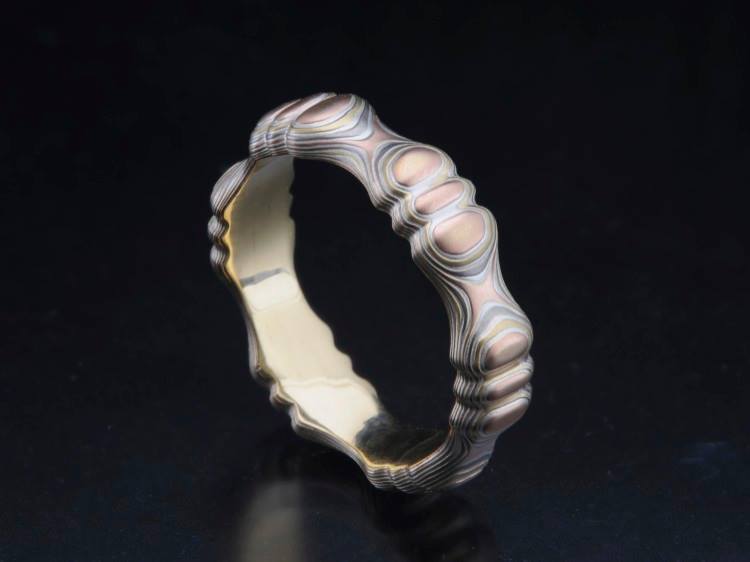 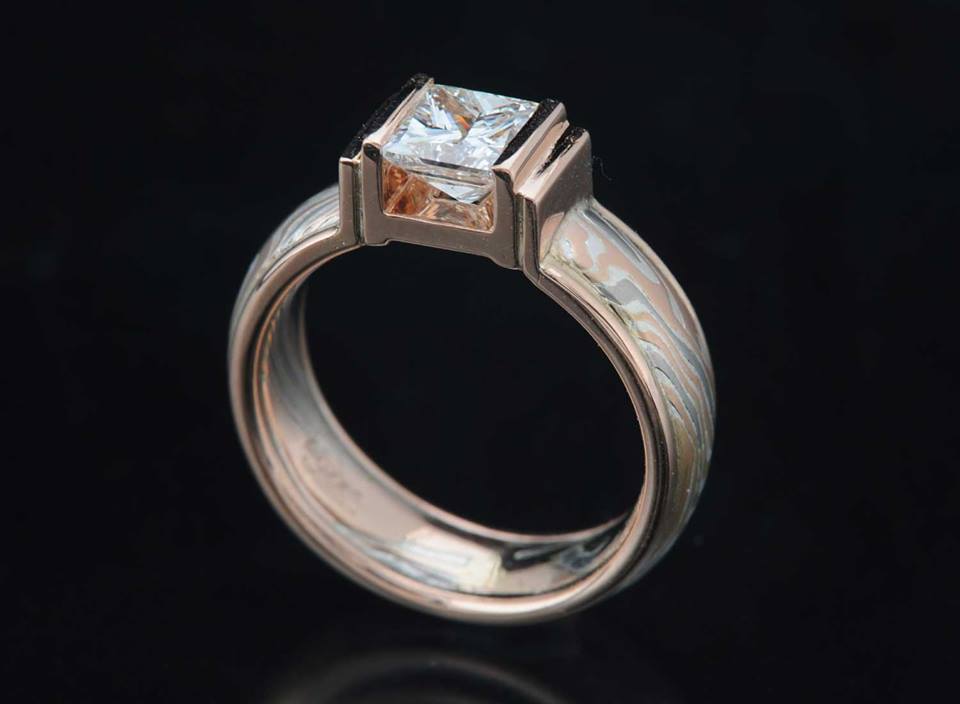 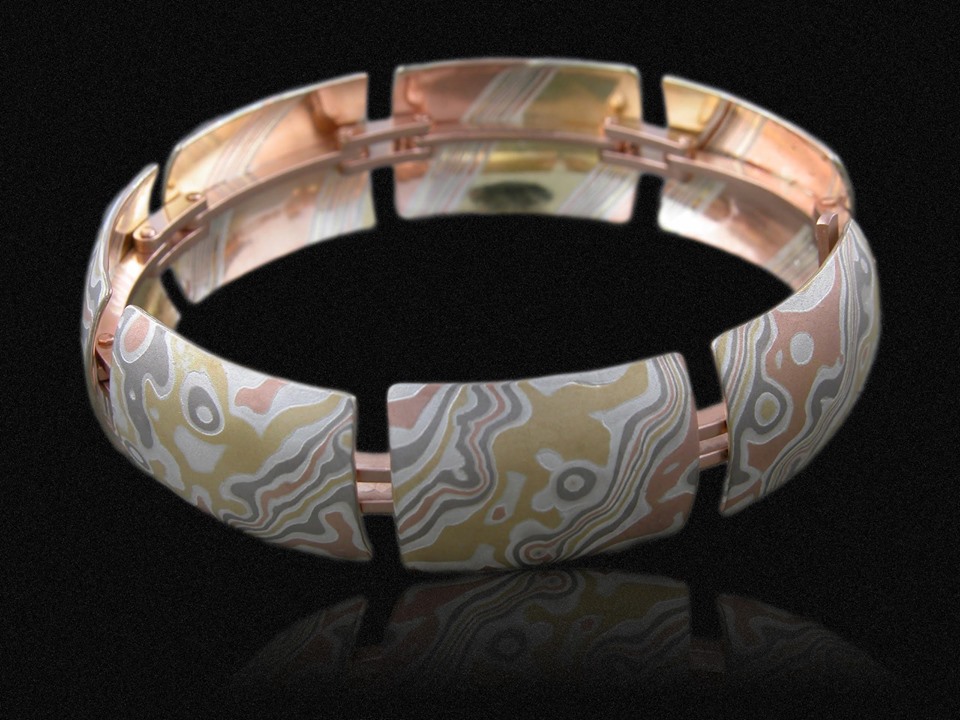 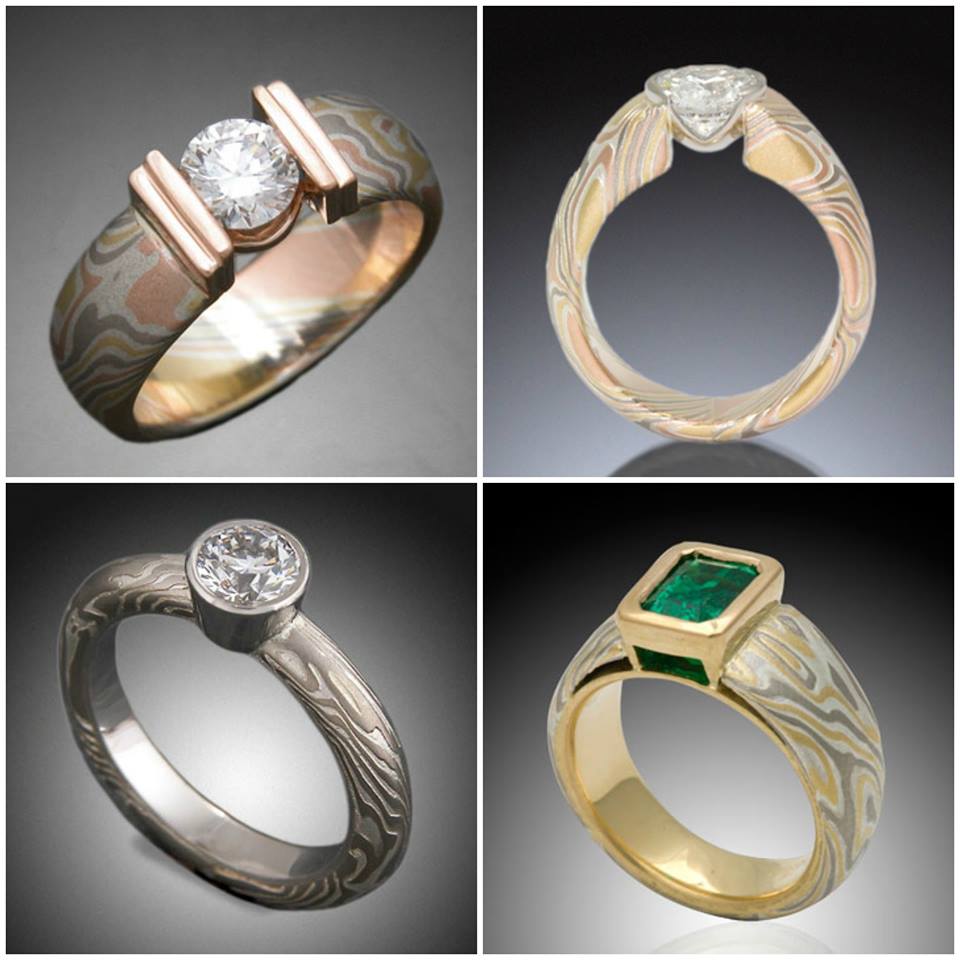 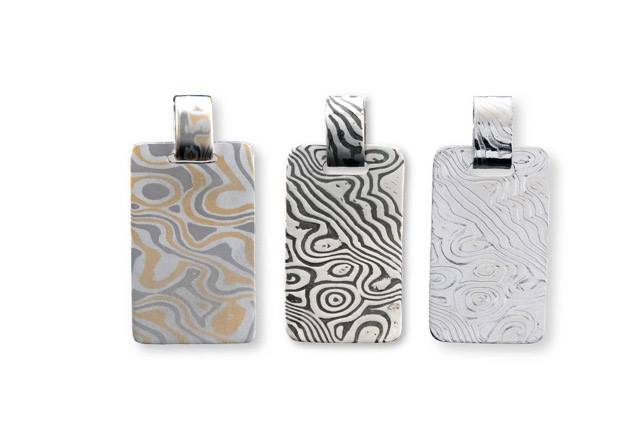 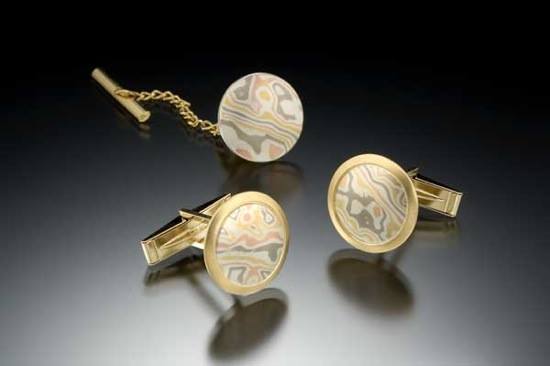 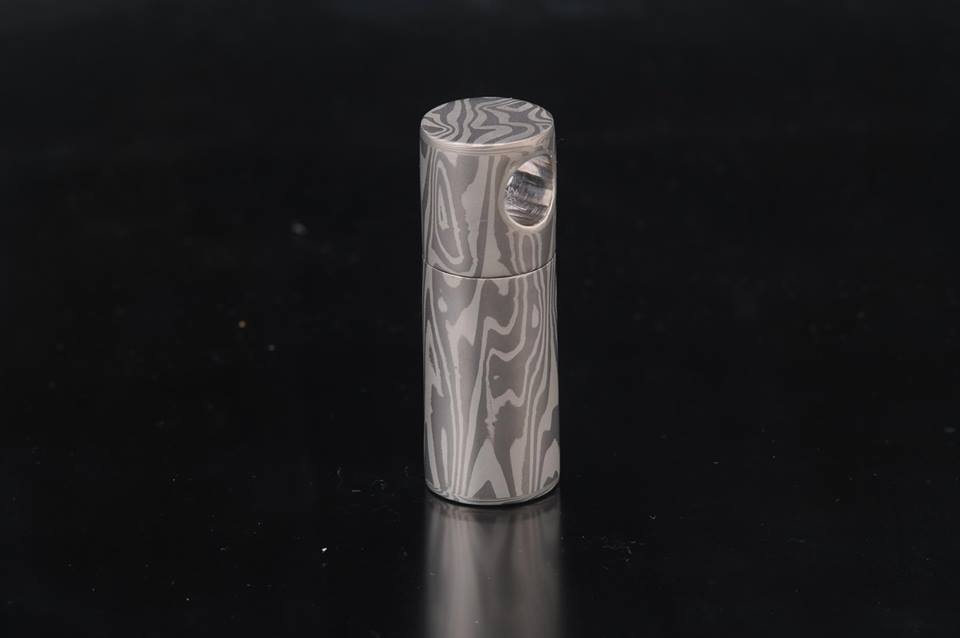 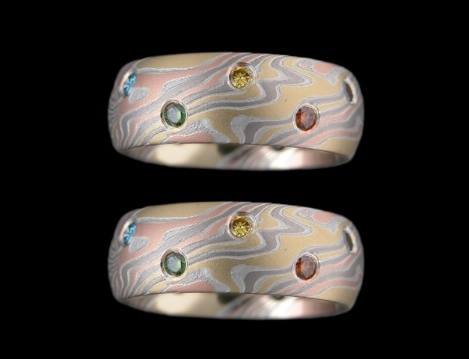 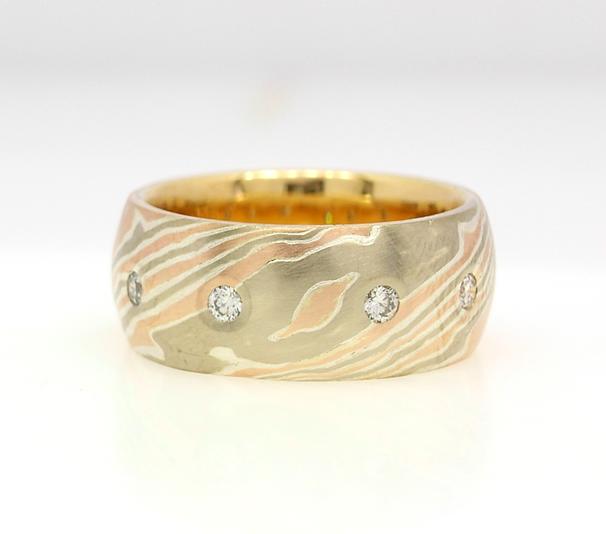 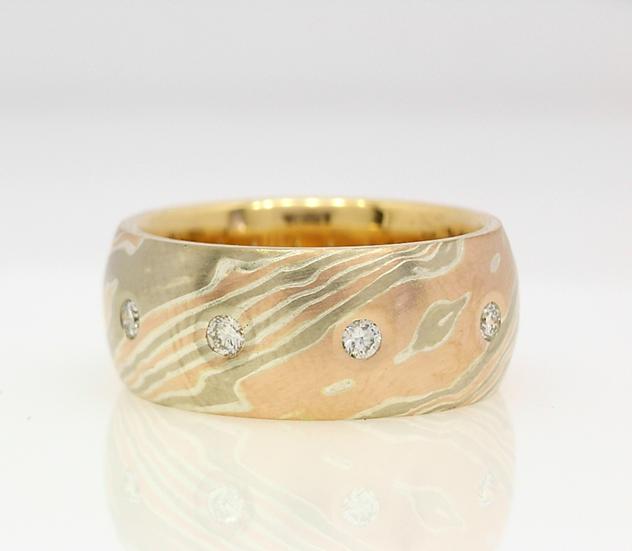 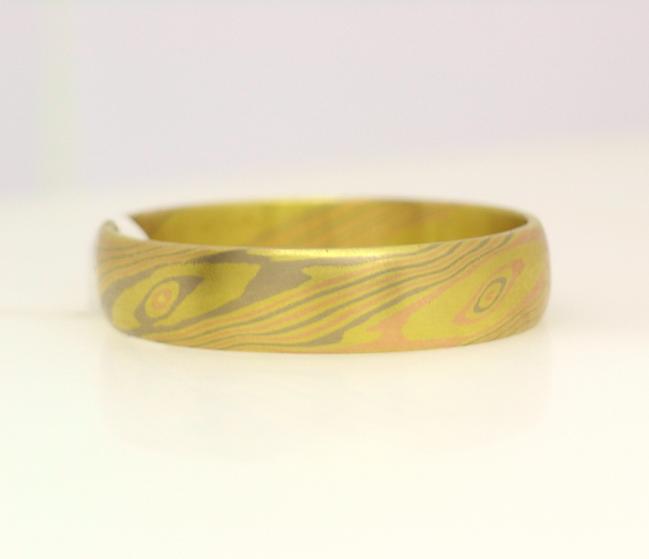 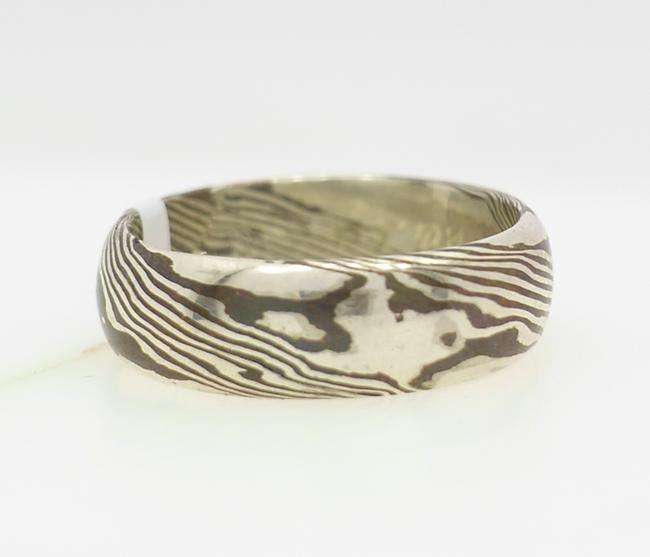 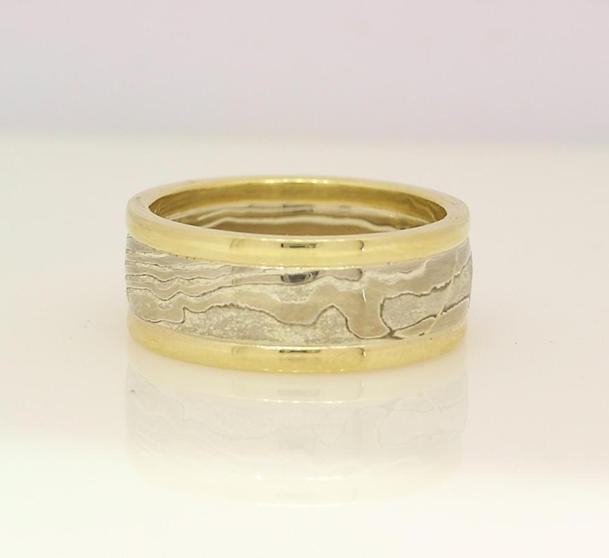 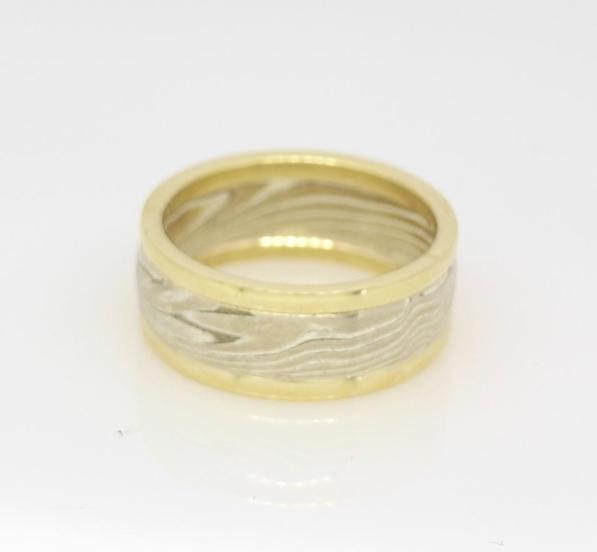 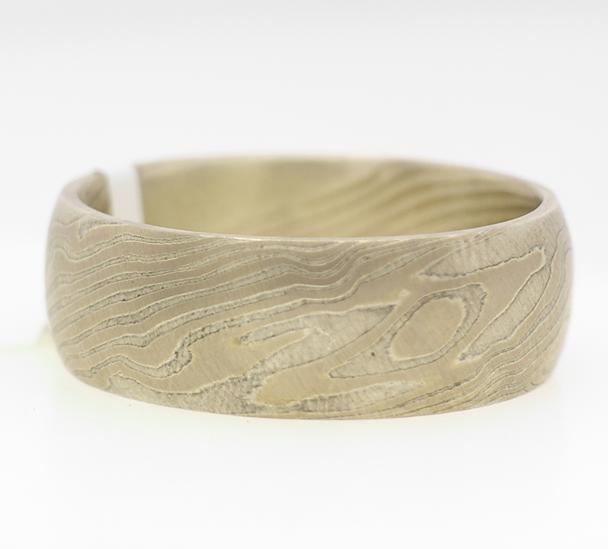 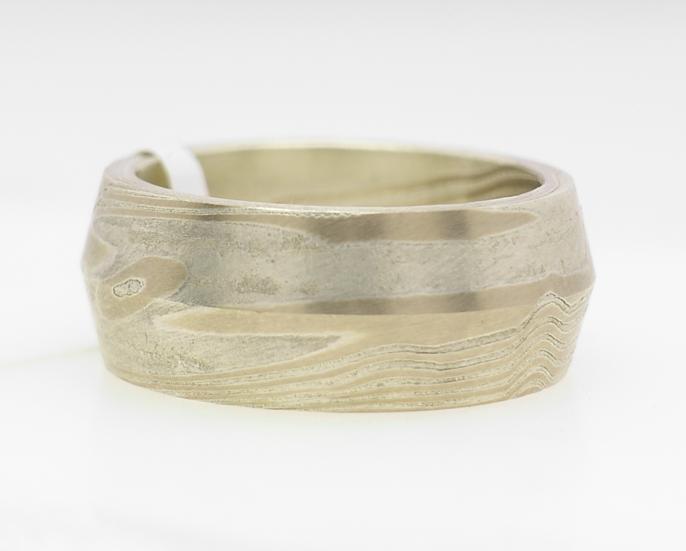 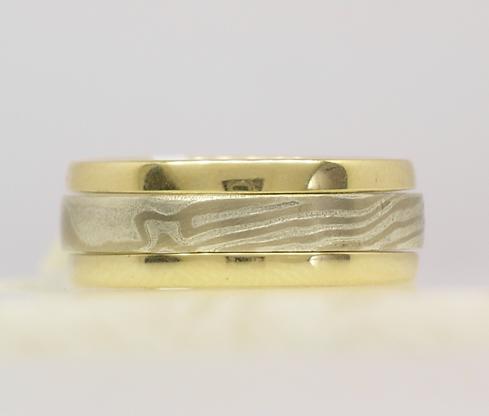 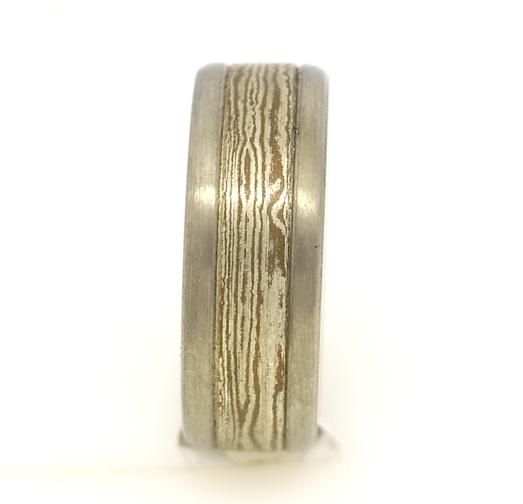 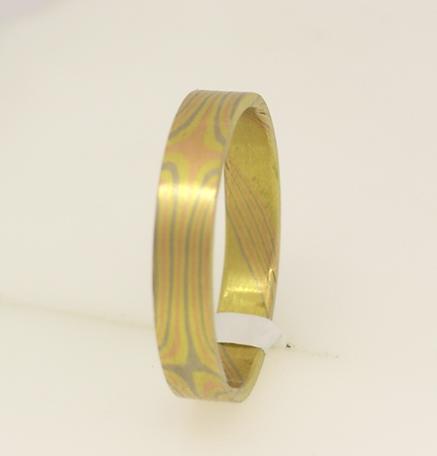 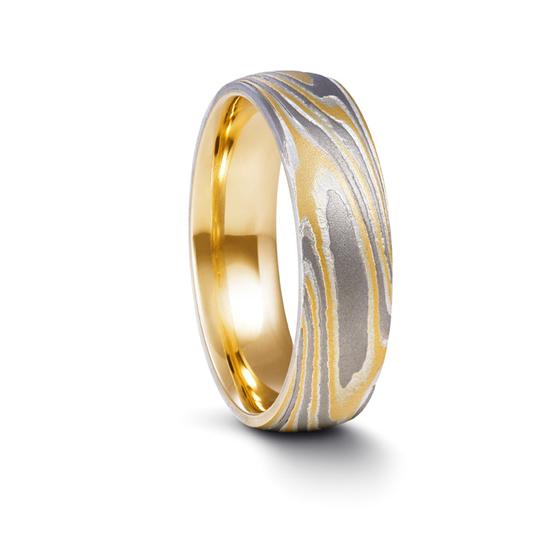 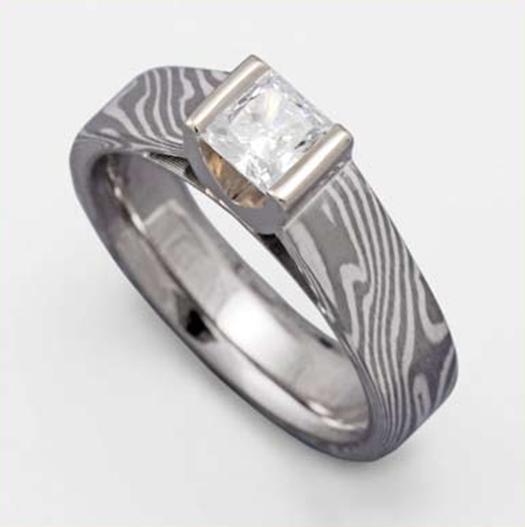