High quality Music Boxes & movements, If you wish to make your own box, there are 100s of tune options even custom tunes, Quality 30 note to 160 note Drum & disc type, Classic & novelty.  The boxes shown on this site are a small selection of what is available & some of what we have in store, to view the items we have in stock click here, We regularly order boxes & movements, this catalogue shows the standard orpheus range of boxes, you can of coarse make your own box & install a beautiful music movement in it (we have an excellent contact for fine cabinet making zabo design) , we can order the movements 30 note & above one at a time from the tune / movements found here. you can also look at products here but this is a japanese site & a translator may be required.

A live music box has a sound that is deeply felt it can not be replicated by a sound system.

The Orpheus series is named after the Greek legendary hero

who sang and played the lyre so beautifully that animals, trees, and rocks danced around him. When his wife, Eurydice, was killed by a snake, he went to the underworld in search of her, and his music and grief so moved Hades that he agreed to let Orpheus take Eurydice back to the land of the living on the condition that neither of them look back as they left. On seeing the Sun, Orpheus turned to share his delight with Eurydice, and she disappeared. Orpheus was later torn to pieces by maenads, and his head, still singing, floated to Lesbos, where an oracle of Orpheus was established. By the 5th century BC, a Hellenistic mystery religion (the Orphic mysteries), based on Orpheus’s songs and teachings, had arisen. His story became the subject of some of the earliest operas. 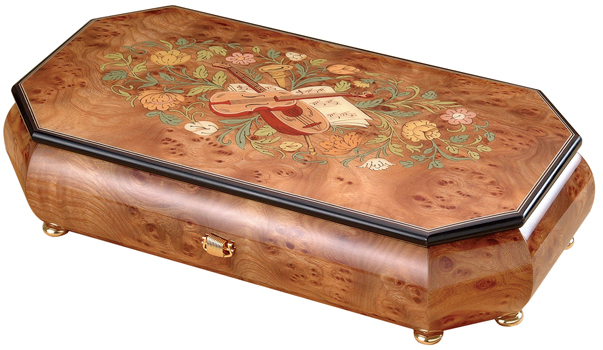 over many years of dealing with this company we have come to appreciate the quality & recommend there product whole heartedly.

Sankyo Musical Movement & Boxes, A background on the creators of our music box supplier who are considered by people who know music boxes to be at the top of the feild

Musical movements are called “Orgel” (It is pronounced as “O-Ru-Go-Ru”) in Japan. This word is unique in Japanese but “Orgel” is converted from Dutch organ. Musical movements have their roots in the automatic playing “Carillon” of church belfries from Belgium 600 years ago. The automatic carillon used a barrel and pin system (cylinder type) and became widely used in Europe in the eighteenth century. This system was downsized and built into bracket clocks. At the last half of the eighteenth century, a spring winding machine was developed following the progress of the mechanical watch. A Carillon with spring winding machine became the basis for the current style in musical movements.

At that time, excellent musicians wrote a lot of good music which was handed down to posterity. There was a big social want to recreate the music by machine during the developing period of the music. With the support of royalty and the aristocracy, watch and musical movements improved in quality & popularity and spread among the people. After the development of the gramophone (end of nineteenth century) and the start of radio broadcasting (in 1920), the social value of musical movements reduced and was replaced by record players. However, musical movements carried through for hobbys or toys. Switzerland was only producer country until 1950.

Sankyo (meaning 3 together) started business as a precision instruments manufacturer in 1946. Then they started research and development of musical movements soon after. In 1948 the prototype 23 note movement was completed. Sankyo brand musical movements came to the market in 1949 after trials and tribulations including supply shortages during the post war period. Sankyo also developed modern mass production methods maintaining the product and sound quality. In 1955, Sankyo started to export the movements to USA. Many Japanese companies also joined the manufacturing of musical movements & boxes. This competition in technology made Japan the top producer in quantity of musical movement production in the world in 1960.

Sankyo produced high quality 50 note musical movement as the first product of the ORPHEUS series in 1984, which utilized the accumulated knowledge and production engineering with the finest tune arrangement that appeals to peoples’ instinct. In 1992, A 160 note musical movement was released as the highest model.

to listen to the current list of tunes available to order, see this link & follow to the movement size of your choice. 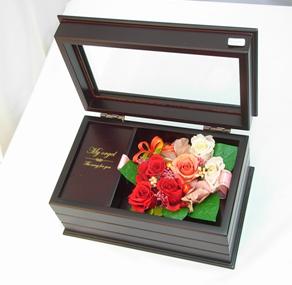 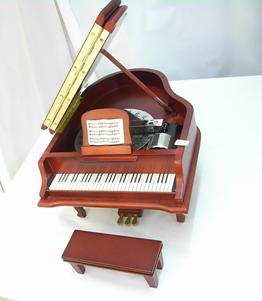 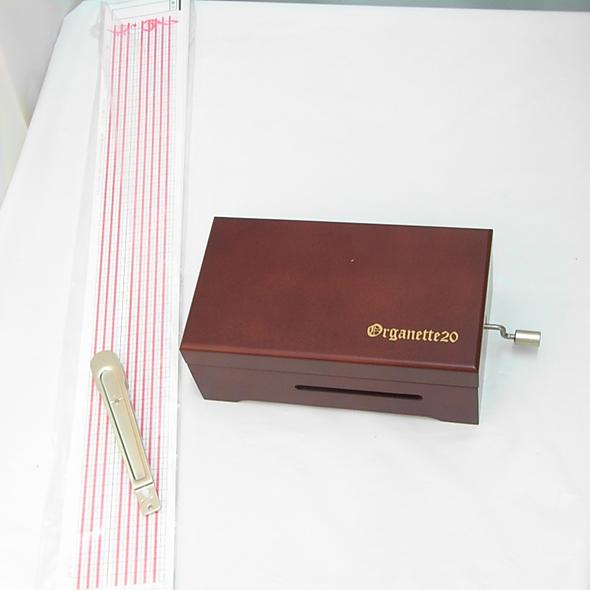 organette – compose your own music, punch holes in the strip & run it through the movement to hear the results an ideal gift or tool for budding composers