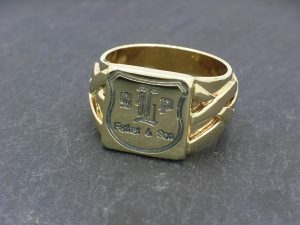 Here is an example of a custom made ring that we have made. The customer picked it up and was happy with it. A few weeks later, after questioning whether or not he should come back and discus it, he did come back with some issues. Mostly, it was uncomfortable to wear, and he thought that it was the width of the ring causing the most problem. He was concerned that it was unable to be fixed and that he would have to accept this, but after some consultation, we were able to resolve it. It was primarily the finger size, the thickness of the band, and a little bit of shaping around the top that would help the issue the most. It was adjusted and finished a few days later; so far, all is good and he is very happy with his ring. Sometimes all it takes is to simply address any issues with good faith, then with a few adjustments at no extra cost and viola.

The lesson here is: custom made items require a process of communication. If you are not happy, just say so, and most of the time the problem can be solved.

The first picture here is the first incarnation which met the initial job description. The second picture shows the adjusted one, which I do believe looks better. 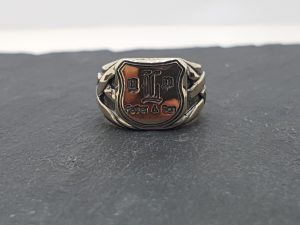 This second set of pictures is basically the same story but it was purely a visual adjustment. This one was more about an evolving design process. We initially showed this first one to the customer, which they said they liked, but then after a day they decided to let us know it was not quite what she envisioned. We then added the bolder straighter sides to the pendant. 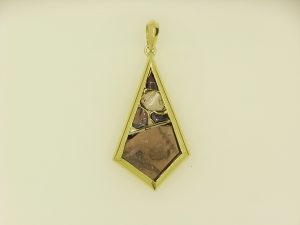